This Is What Dog Kibble Tastes Like (Not What You Think) Have you ever wanted to try dog food just to see what it tastes like? Thankfully, you don’t have to pop that kibble in your mouth to find out, as other people have already tried it. Here’s the truth about what dog kibble tastes like (hint: it’s not what you think).

Dog kibble tastes slightly sour due to the chemical additives that are sprayed on once it’s dried. It also tastes very dry and crunchy and is difficult for humans to chew. For dogs, the taste of kibble mostly comes from its smell, which ranges from palatable to overpowering.

It’s time to settle the dog kibble debate once and for all! Read on to learn what ingredients are in dog food and how these crunchy bits taste to humans and dogs.

There are also standards for the nutrient content that must be contained in dog food, regulated by individual states and the Association of American Feed Control Officials (AAFCO). The food needs to be nutritionally balanced, meaning that all of the dog’s nutritional needs must be met by the kibble alone.

These regulations are incredibly specific, and any pet food labeled “complete and balanced” must have each listed ingredient in the proper quantity as specified in the AAFCO Dog Food Nutrient Profiles. These include minimum and maximum levels for different nutrients and exist in two forms for whether you’re feeding a puppy or an adult dog.

Dry dog food is made with a base of animal protein like beef or chicken, combined with grains, vitamins, and minerals. However, the exact ingredients and the ratio of different nutrients differ between brands, so it’s important to read and understand the labels being used in order to know what’s in your dog food.

The AAFCO regulates the way that dog food is made and the way it’s labeled, both in terms of nutrition labels and the name of the food itself. According to the AAFCO, if a main ingredient is mentioned, it must comprise 95% of the product. Unless, that is, you include a qualifying word like “entree” or “dinner”; then, it only needs to be 25%.

So, although a particular food might include beef, salmon, or chicken, depending on how its label is worded, it might actually be mostly grains, with some added protein and vitamin content.

Why Does Dog Kibble Taste the Way It Does?

Dog food that’s labelled “chicken” may have a varying amount of actual chicken in it, and might not taste like chicken at all. When there are more grains than protein in a dog food, it’s more likely to taste bland than similar to meat. And even when meat is a more prominent ingredient, chances are that it will be masked by other additives.

In addition to a main protein and grains, kibble is treated with chemical additives to prevent vitamin or mineral deficiencies. In years past, the importance of the amino acid taurine was underestimated, and because of this, many indoor pets developed major health problems, like heart disease and blindness. So, taurine has since become a standard additive in kibble.

These chemical additives are perfectly healthy for dogs to consume but do pose a risk to humans in high quantities, particularly a common synthetic version of vitamin K, known as menadione. These additives also affect the food’s taste.

You might think that food made from meat, grains, and vitamins must not be so bad. And while some dog foods look tastier than others, kibble is perhaps the most difficult of all on the stomach due to its taste and texture.

Kibble has a surprisingly sour taste due to the sprayed-on vitamins and minerals and because flavored additives are meant to be appealing to dogs, not to humans. Because we have different tasting methods, different foods taste different to us, and what a dog thinks is delicious, we think is disgusting.

It is also very tough and difficult to chew, at least for people. To say that it’s crunchy is an understatement. This is because a human’s jaw is much weaker than a dog’s jaw, and they cannot chew through the hardness of kibble.

Is Dog Kibble Safe for People To Eat?

Dog food production sites are also very hygienic, following all the same food safety practices that would be following in the production of human food.

What’s a bigger concern is the vitamins and minerals added to the mix for dog health. The blend of chemicals is made for dogs, not humans, and can cause a toxic chemical imbalance in the human body in the long term. One bite won’t hurt you, but if you were to consume it on a regular basis, you’d be risking menadione overdose.

Dog food is also lacking some vitamins that people need, simply because our bodies work differently than dogs do. Dogs can make vitamin C in their stomach, and so they don’t need it in their diet like we do. So, if you only ate dog food in the long term, you’d also develop vitamin deficiencies.

Kibble is in some ways safer to eat than other dog foods because it is fully cooked. Some dog food contains raw or undercooked meat, which can lead to infections like Salmonella, E.coli, Listeria, and Campylobacter in people. These lead to nausea, vomiting, cramping, and diarrhea.

Kibble is more dangerous for children than adults, mainly because children are more sensitive to foodborne illness and don’t have the immunity that their parents have. Dry kibble can also be more difficult for young children to chew and swallow safely. If your child does consume dog food, contact either your local poison control authority or a pediatrician for guidance.

Ultimately, dog food would be safe for an adult to eat in an emergency situation, but it’s not a good idea to incorporate dog food into a regular diet or to eat too much at once.

Dogs have fewer taste buds than we do. They have 1,700 taste buds, where we have 9,000. This means that although dogs can taste salty, sweet, sour, and bitter, they can only taste about a sixth of what we can. They also have fine-tuned taste buds that can recognize meat, which is why dogs love foods like chicken and beef so much.

Dogs mainly rely on smell to perceive their food, so the taste is less important to them. If the kibble smells good to them, they’ll eat quickly, sometimes so quickly that they’ll throw it back up. For this reason, many kibble manufacturers include palatants that affect both the smell and the taste of the food, basically like a seasoning for dogs.

Still, there are also a number of manufacturers that prioritize human perception of the smell of the dog food over the dogs’, which leads to overpoweringly strong-smelling food for dogs. Dogs will eat this kind of food but may not enjoy it as much.

Dog food preferences vary from dog to dog, so what kibble tastes like to one dog may differ from how it tastes to another. Mexican dogs, for example, prefer spicier food than their northern neighbors.

Dog kibble tastes surprisingly sour and very crunchy and dry. It’s hard to chew and generally unpalatable. It tastes this way because of chemical additives sprayed onto the kibble after the cooking and drying processes. And, because dogs mostly rely on smell when tasting food, the taste is less important than the added palatants, which create food-like smells. 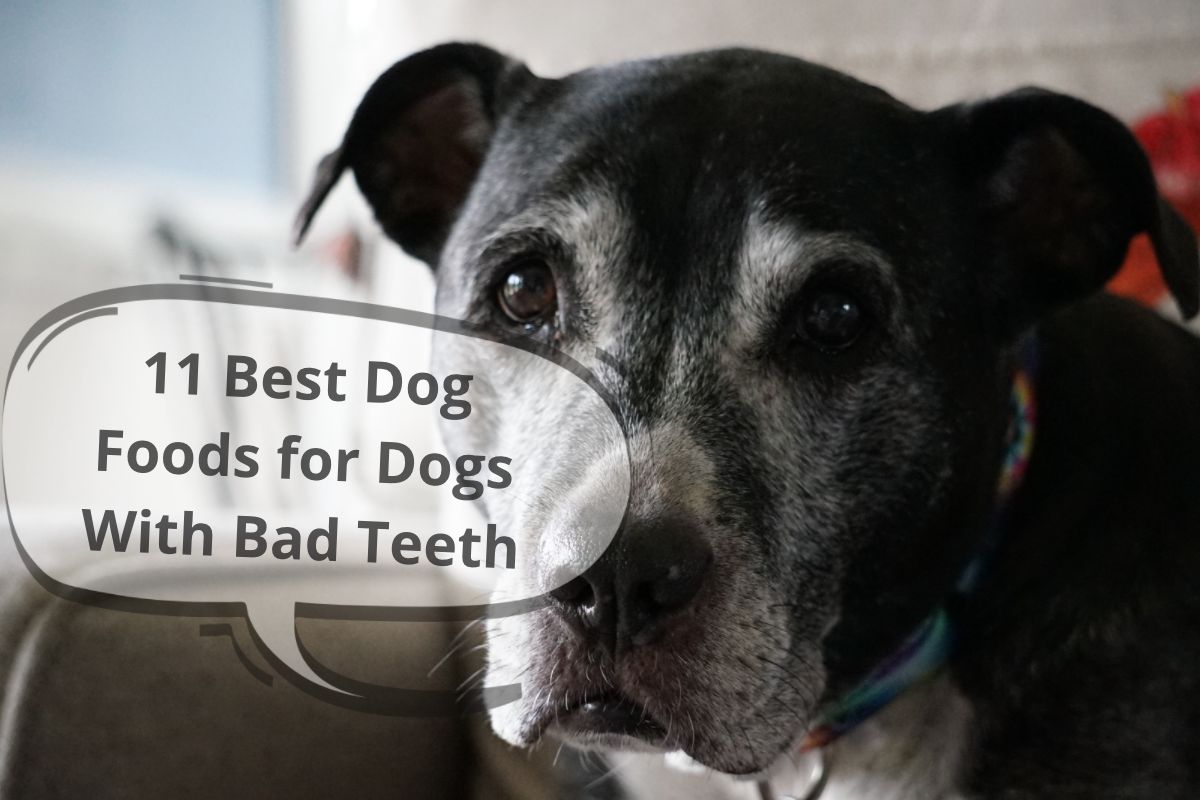 This post contains affiliate links.Purines are organic compounds found in a wide array of foods. Purine bases break down into crystals, forming uric acids. Given that some dogs cannot readily break down uric acid in their bodies, they typically require a low purine diet, which helps them minimize the formation of uric acid. Here are… This post contains affiliate links.If you’ve raised a Shih Tzu before, then you surely know that this dog breed can be one of the sweetest and most energetic companion dogs. They’re also famous for their beautiful locks and coats. However, Shih Tzus are genetically prone to skin allergies and may be sensitive to some types…